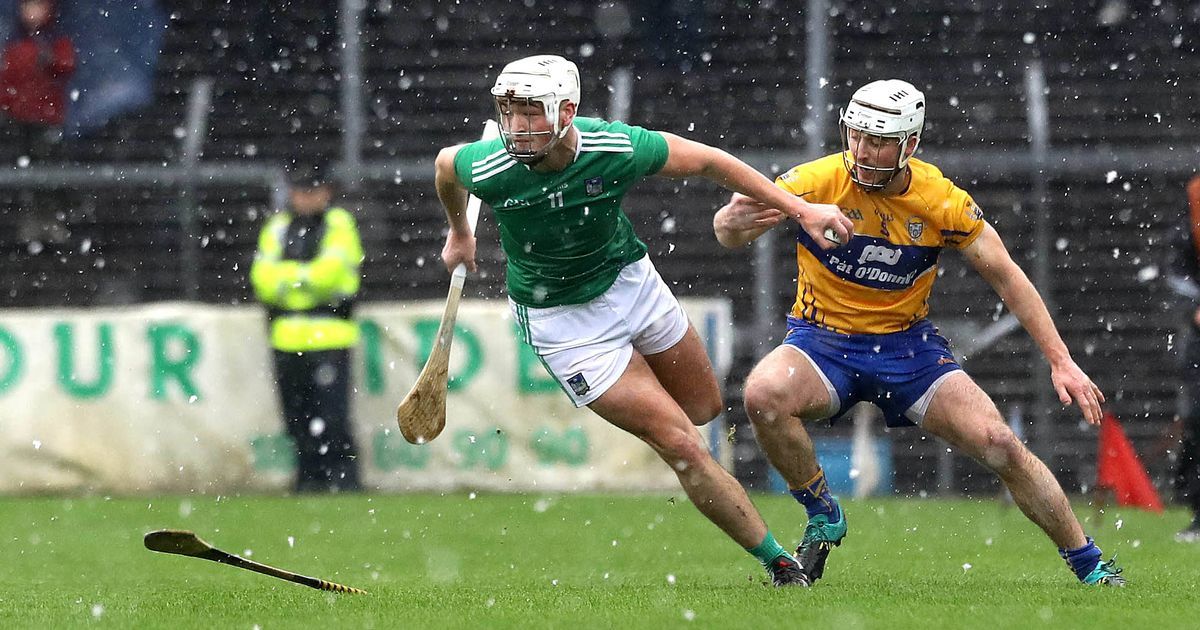 Published: over 1 year ago

Download our mobile app to hear more about Club Clare.

LIMERICK were in a different league to Clare this afternoon as they annihilated Clare in a dismal display from the Banner in the Gaelic Grounds.

The Treaty comprehensively won both halves and won by 18 points to ensure that Clare will need a cricket score against Cork to advance to the All-Ireland series.

Limerick started by far the quicker and were six points to one up after ten minutes, with Aaron Gillane responsible for three of these Limerick points.

Clare were yielding very little dividends from open play and relied upon the whistle of James Owens and the still nerve of Peter Duggan for the bulk of their scores. Duggan was indeed Clare’s only scorer in the first half, with one from play and seven frees.

Both sides had goals chances with John Conlon denied by a brilliant Sean Finn Block from point blank while Duggan was expertly hooked by Declan Hannon to deny him a certain goal.

Aaron Gillane and Tom Morrissey remained a constant headache for the Banner and Clare trailed 0-15 to 0-7 at the break.

The second half was no better for Clare as they were simply blown away as Limerick completely took over and did not take the foot from Clare’s throat.

Peter Casey, Aaron Gillane and Peter Casey roasted Clare’s full-back line while Limerick chipped in with scores from all over the field.

Aaron Gillane’s goal on the hour mark added salt to the wounds. Clare battled on but nothing went their way.

It was a day to forget for the Banner in Limerick.