Limerick up next for Clare after opening win over Kerry 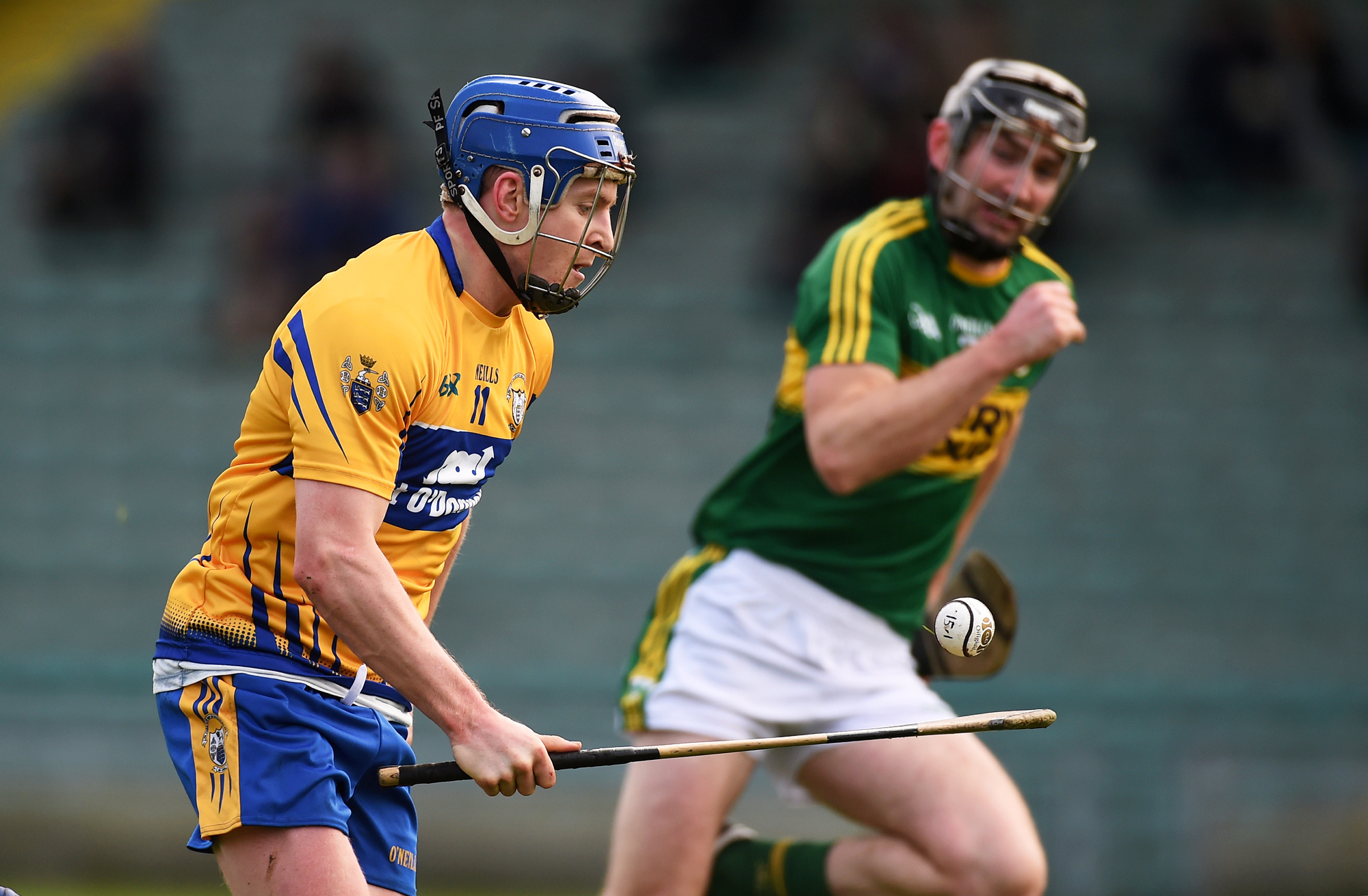 Clare host Limerick in their second game of the 2017 Co-Op Superstores.ie Munster Hurling League on Wednesday 18 January 2016 at 7.30pm in O'Garney Park, Sixmilebridge.

Donal Moloney and Gerry O'Connor's side got their defence of the title off to a winning start on Sunday with a 2-24 to 1-15 win over Kerry at Austin Stack Park in Tralee. Clare's goals came from Kevin Hehir in the first half and Podge Collins in the second half. Elsewhere, Cork ran out 7-22 to 1-19 winners over Limerick at the Gaelic Grounds.

PIC CAPTION: Podge Collins of Clare in action against Darren Dineen of Kerry during the Co-Op Superstores Munster Senior Hurling League Round 2 match between Kerry and Clare at Austin Stack Park in Tralee, Co Kerry. Photograph by Diarmuid Greene / Sportsfile.