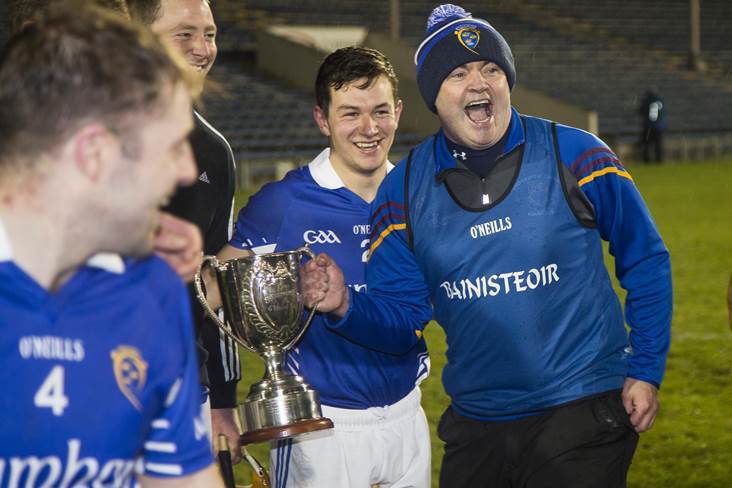 Munster finished strongly to claim the inter-provincial hurling silverware from holders Leinster at Semple Stadium this evening. Played in front of 592 spectators at the famed Thurles venue, Anthony Daly's side outscored their eastern opponents by 1-5 to 0-0 in the final quarter to take their first title since 2013.

The winners signalled their intent by racing into an early 0-4 to 0-0 lead thanks to efforts from Seamus Callanan (2), Jamie Barron and Diarmaid Byrnes before TJ Reid opened Leinster's account on seven minutes. Ciaran Hetherton's charges were on level terms by the end of the first quarter - 0-6 to 0-6 - with Kilkenny duo Reid and Walter Walsh, Shane Dooley and Kildare star Gerry Keegan all adding to their tally.

Dan McCormack (2) and David Reidy had Munster in front soon after but Leinster battled back to regain parity again at 0-9 each through Walsh, Lee Chin and Charles Dwyer. Leinster took the lead for the first time in the 24th minute when Reid found Darren Gleeson's net for a goal and the full-forward quickly followed this up with a pointed free. Munster captain Callanan responded at the other end with a similar point before Laois livewire Dwyer doubled his tally to leave Leinster four ahead at the break - 1-11 to 0-10.

Leinster maintained their four-point advantage for 10 minutes after the resumption with Reid (2) and Walsh matching Barry Nash, Callanan and Alan Cadogan on the scoreboard. However, another Callanan free and a goal from corner-forward Reidy saw Munster draw level but not for long as Wexford's Chin immediately responded with Leinster's second green flag - 2-14 to 1-14. Half-time substitutes Nash and Cadogan were on target for Munster again either side of efforts from Walsh and Keegan which proved to be Leinster's last scores as the home province raised their game with 15 minutes left on the clock. Callanan, Reidy, Cadogan and Stephen Bennett all picked off points to help Munster into a one-point lead and Clare youngster Aron Shanagher on as a substitute secured the win with his late goal.