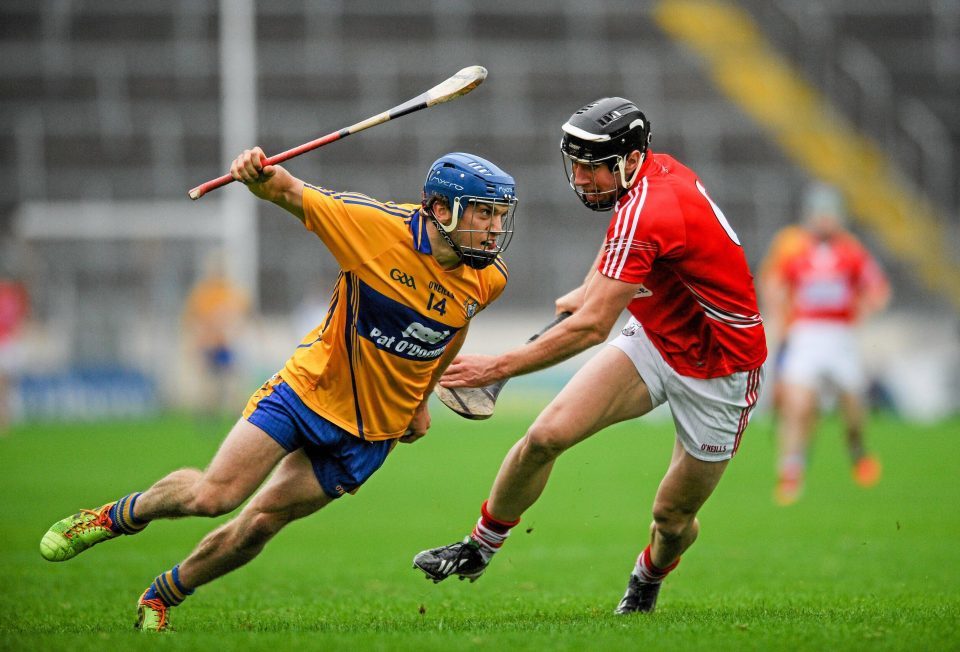 A late surge in an extended period of injury time saw Cork over the line in their Munster SHC opener against Clare at Páirc Uí Chaoimh on Sunday.

With the game having been held up after an injury to Cork’s Robbie O’Flynn, 11 minutes of injury time were signalled at the end of a second half during which the sides had been neck and neck for the most part. However, when they were needed, Cork got the scores required.

Clare started at a frantic pace, with John Conlon putting them ahead within 17 seconds of the start while Colm Galvin and Peter Duggan were also on target.

The home side soon settled though as Patrick Horgan converted a free in the fifth minute before Mark Coleman landed a long-range effort and they were level when Horgan pointed a free from halfway on seven minutes.

While another Duggan free put Clare ahead again, Cork found their groove with scores from Horgan – two, one a free – and championship debutant O’Flynn to lead 0-6 to 0-4 after 16 minutes.

More than once, Clare threatened break though the Cork defence, but good defending from Damien Cahalane and Seán O’Donoghue was vital for the hosts, who had a goal chance of their own as Donal Tuohy had to save well from O’Flynn.

A scrappy half continued to ebb and flow with Cork just about keeping on top, Mark Coleman doing well to deny David Reidy a sight of goal on 25, though Colm Galvin did tie the game at 0-8 each on the half-hour.

Cork responded through Darragh Fitzgibbon and Séamus Harnedy before Tony Kelly pointed for Clare in injury time to leave just one in it at half-time. The same gap pertained by the 45th minute, when O’Flynn collided badly with team-mate Conor Lehane, necessitating a nine-minute hold-up as O’Flynn was attended to.

When the action did resume, Cork showed they hadn’t been rattled as O’Flynn’s replacement Shane Kingston launched a point attempt and, while that was heading wide, Horgan kept the ball in and Lehane produced a wonderful one-handed finish.

Horgan added his sixth point to put five in it, but Clare weren’t for lying down. The margin was reduced with points from David Reidy and Conlon and then they levelled as Shane O’Donnell’s lovely pass put Tony Kelly in, one touch taking the ball past goalkeeper Anthony Nash and the other firing to the net.

Cork had an instant response with two Horgan points, Reidy replying for Clare, and when Horgan pointed again, Kelly with a free and Colm Galvin tied the game again, 1-18 each, as injury time began.

When Cork won a free deep in their own half Horgan and Nash conferred on who should take it before Horgan sent over his tenth point of the game, quickly followed by scores from Harnedy and Lehane to leave it 1-22 to 1-19 but still with five minutes for Clare to find something.

John Conlon did get two more points for them, sandwiching a Cork score by Mark Ellis, but the game was made safe when Cork captain Harnedy netted their second goal in the 80th minute.