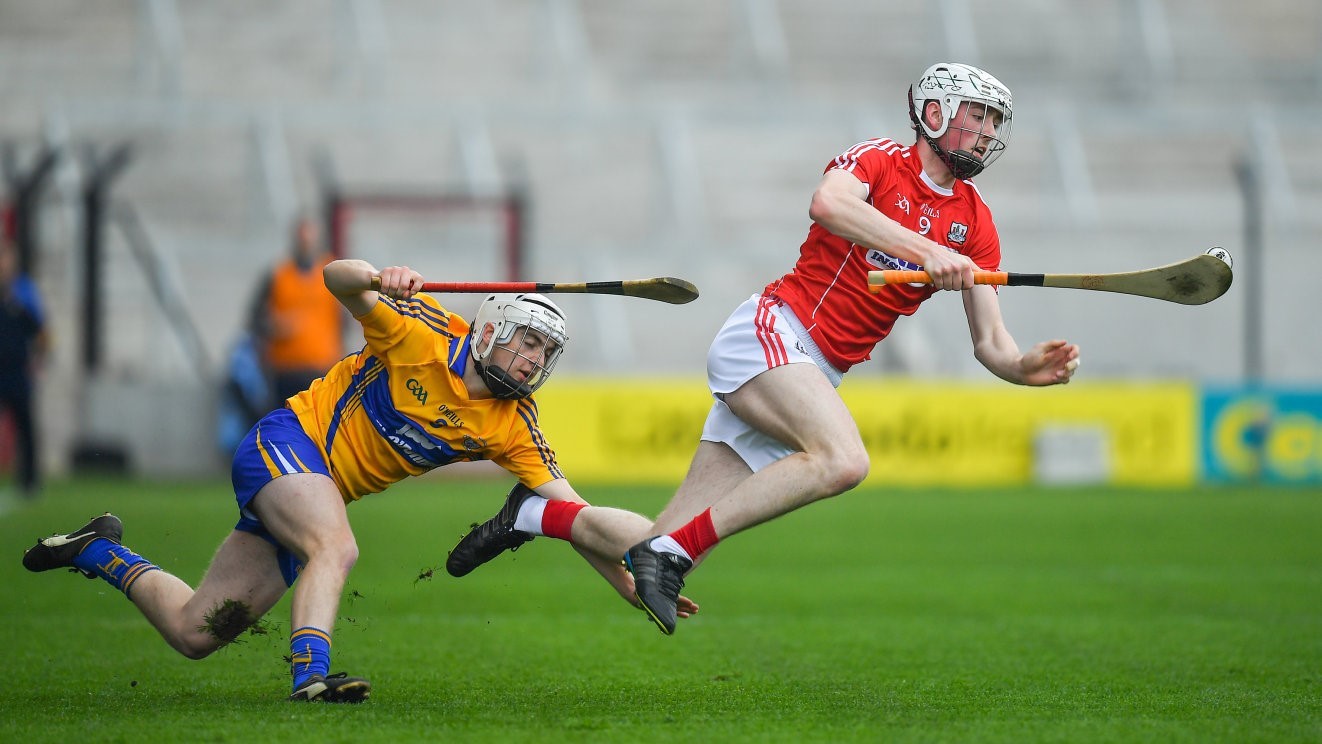 Six unanswered points got Cork’s Munster MHC campaign off to a winning start against Clare at Páirc Uí Chaoimh on Sunday.

With four minutes remaining, Clare led by 3-13 to 0-20 after Aidan Moriarty scored his second point, but it was to be their last as Cork finished strongly with scores from Alan Connolly, Paddy O’Flynn (two each), Cathal Hickey and Daniel Hogan to take the points.

While Cork had the game’s opening score with an Evan Murphy 65 in the third minute, it was the only time that the hosts led, with the excellent Mark Rodgers scoring a fine goal in immediate response.

Cork levelled through their excellent captain Shane Barrett and Murphy, but Rogers struck again to put Clare 2-0 to 0-3 in front after good work from Gearóid O’Grady. Murphy’s points kept Cork in touch and it needed a good Cillian O’Brien save to deny him a goal on 14 minutes.

The home side were level at 0-10 to 2-4 when Pádraig Power points on 20 but Clare scored another goal as Gearóid O’Grady exchanged passes with Kealan Guyler and fired home, and they led by 3-7 to 0-14 at half-time.

Connolly, just on, got the first of three consecutive Cork points as they drew level by the 40th minute. Clare looked to be able to constantly answer the home efforts, but the loss of Tony Butler to a second yellow card was a blow to them.

They looked to be able to hang on, but Cork dug deep and reeled them in.