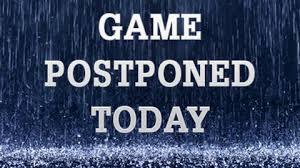 The GAA has confirmed that all this weekends planned fixtures have been postponed due to the inclement weather conditions.

Clare had been due to host Roscommon in Cusack Park in Round Five of the National Football League while the hurlers were set to travel to Waterford for the final round of the National Hurling League.

Both games will now be played on the weekend of March 10th and 11th , with fixture details to be confirmed on Monday next.