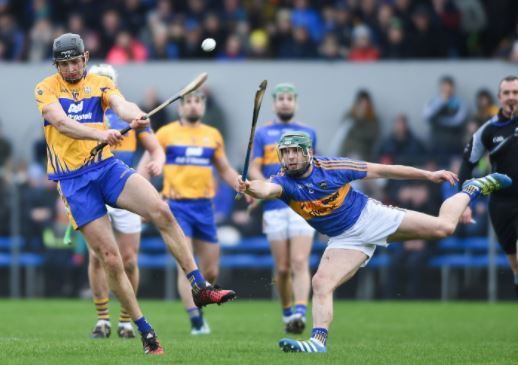 An outstanding performance from David Reidy inspired Clare to a merited win over Tipperary in the opening round of the Allianz national hurling league division 1 at Cusack Park this afternoon.

Although trailing by three points, 0-10 to 0-13, at half time, Tipperary looked to be in a strong position as they would have the aid of the breeze in the second half. When they drew level at 0-17 each with thirteen minutes remaining, a win looked to be on the cards for the visitors but the home side finished strongly and capped an impressive performance with a goal from Reidy in the final play of the game.

It was point for point for much of the first half during which they were level on seven occasions. Clare landed the last three points of the half and led by three when Alan Kelly sounded the half time whistle.

The home side picked up where they had left off when the new half got underway and they had stretched their lead to five points ten minutes into the new period. Tipperary had the better of matters in the next ten minutes when they outscored the home side six points to one as they drew level.

As the visitors piled on the pressure the Clare defence excelled with goalkeeper Donal Tuohy and corner back Jack Browne particularly prominent. The winners edged three points clear with five minutes to go but back came Tipperary and two points from Jason Forde frees left the minimum between the teams as the game drifted into three minutes of ‘added time’.

Donal Tuohy superbly fielded a delivery from Noel McGrath and launched a counter attack which ended with a David Reidy pointed free. The Ennis man then capped a man of the match performance when he took a pass from John Conlon and drilled the ball to the net for the game’s only goal.