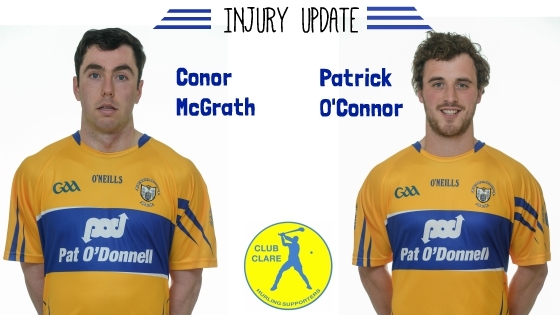 Published: over 3 years ago

The news will come as a welcome boost to the Banner ahead of the June 4th Munster Championship semi-final clash with Limerick in Semple Stadium.

David McInerney (Tulla) meanwhile, returned to training last night while Conor Ryan (Cratloe) has ruled himself out of action for the coming year. Ryan will however, remain part of the backroom staff taking up a position in the senior hurling analytics team for 2017.

This story originally appeared on the Club Clare members section yesterday. Join the Club for exclusive first look at news or video content relating to the Clare Hurling. To subscribe to Club Clare, you must first download the Clubify app and follow the link through to Join Club Clare. Visit www.clubclare.com/download for app download instructions or search for Clubify on App Store or Playstore.